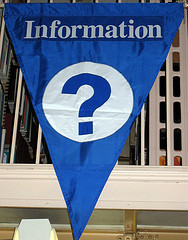 IT outsourcing is used to describe the practice of looking for resources, or also known as subcontracting outside of an organizational structure for a part or all of an IT function. It’s an outsourcing of internet or computer related work, like programming to other companies. It is used when referring to business process outsourcing or BPO, which is an outsourcing work that does not need a lot of technical skills.

A company uses IT outsourcing for functions that range from software development, infrastructure, support and maintenance. For instance, a corporation may outsource its IT management because it is more affordable to contract a third party than to build its own in-house IT management team. A company may also outsource all of its data storage since it does not want to purchase and maintain its own data storage devices. Many large corporations only outsource a part of an IT function.

India has always been a primary player in IT. They even create their own supercomputers in predicting monsoons. It was not until the 2000 bug emerged that the need for many cheap programmers really increased. Nonetheless, American companies started to see the potential for outsourcing outside of the country. The IT industry exploded after the Y2K, with US companies outsourcing everything from entry of data to customer service to India and other countries in Asia. 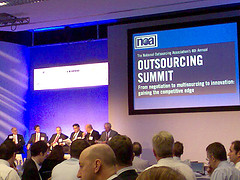 Understand what is Outsourcing 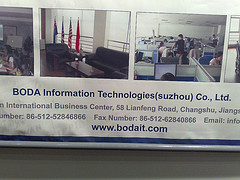 How to Outsource Jobs you hate

This blog is protected by Spam Karma 2. Don\'t even think about spamming it.